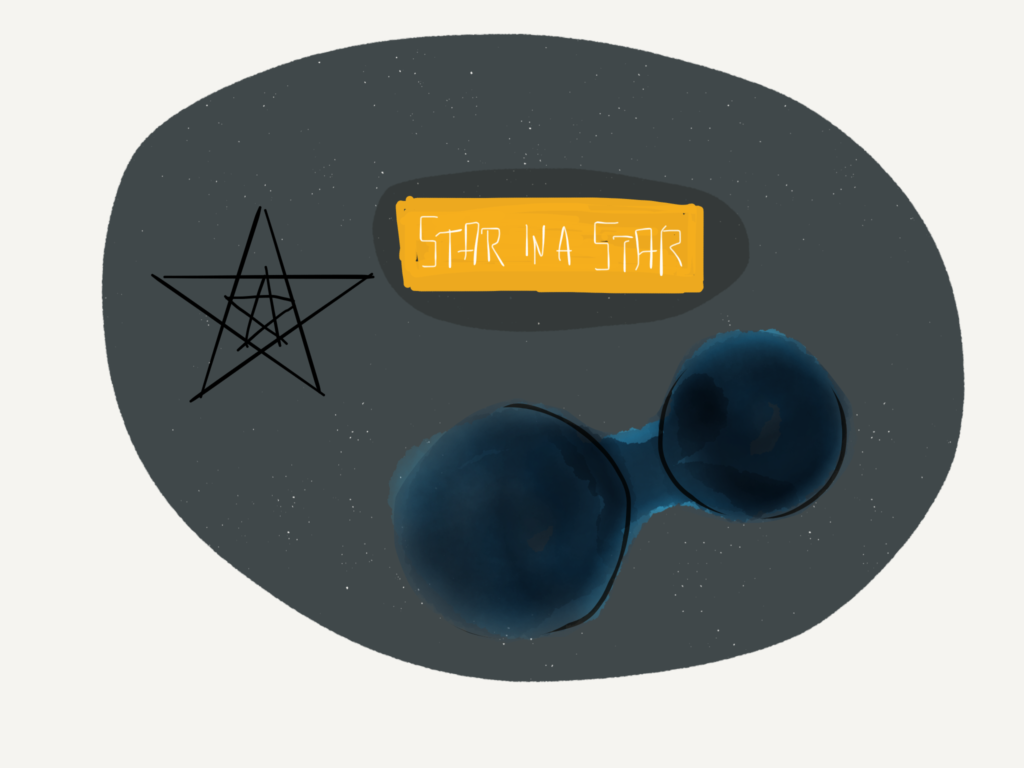 An amazing thing is about to happen! A Star in a Star will be born.

You  can witness the birth of a new star in the night sky.  The new Star already has a birthday: 2022!

According to scientists, the new star will form when two stars that are orbiting each other grow so close that they merge into one.

The new star will appear in the constellation Cygnus. You can see the approximate location marked by a red circle in the Stellarium screenshot here: 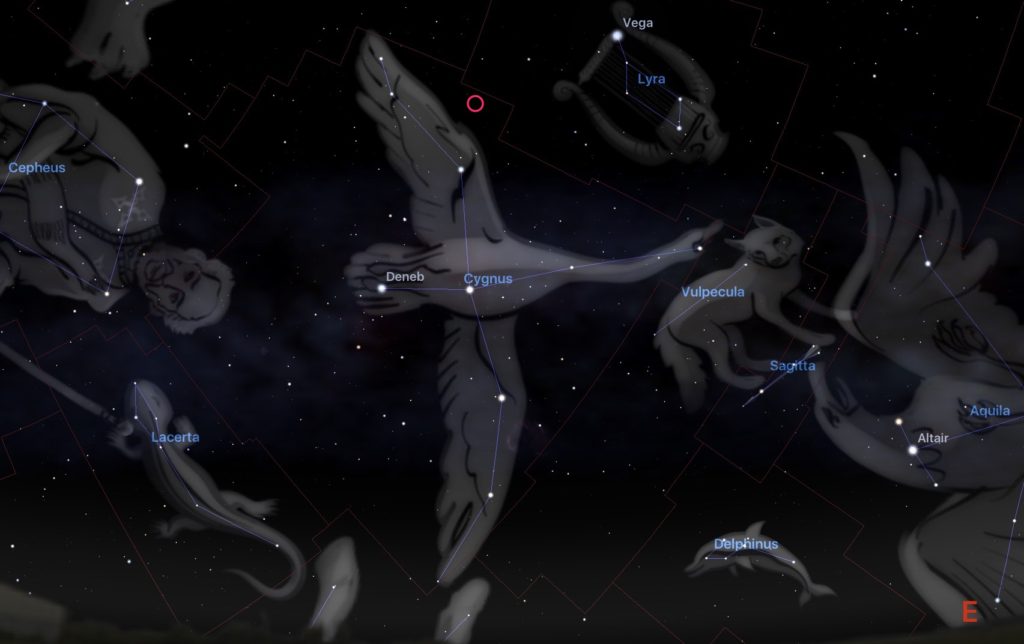 The image of the two blue stars on the home page of this Star in a Star site shows what scientists think it looks like now. This impressive video shows an artist’s rendering of the star merge.

In the pair, one star is larger than the other so in the end, there will be a new star…  A Star in a Star.